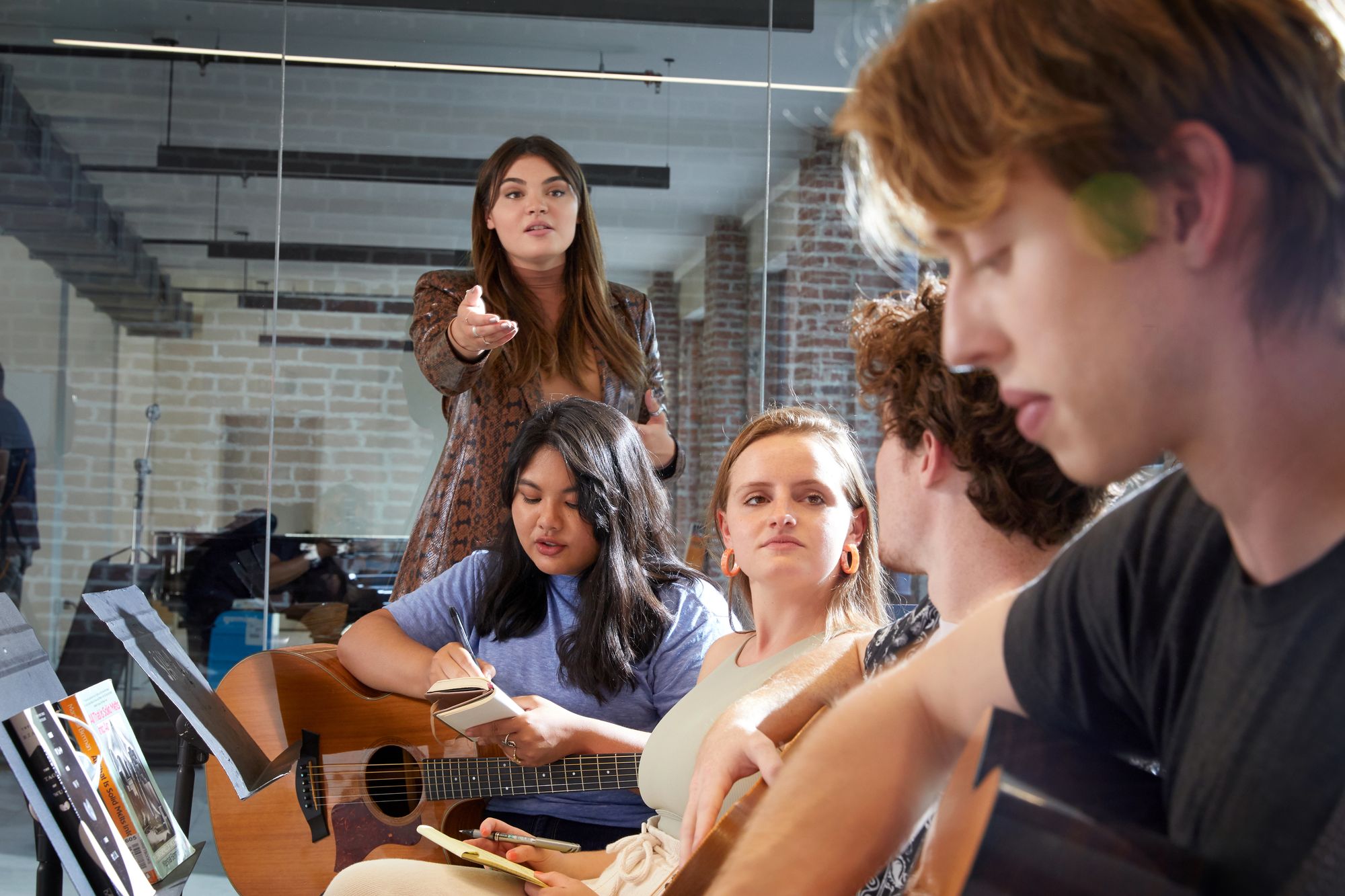 Samantha Short is a multi-talented vocalist, musician, writer and actress. A storyteller by nature, Samantha has made it her mission to use both her voice and her pen as means of establishing her identity in todays’ layered and dynamic music industry. Samantha grew up a classically trained vocalist and pianist. At the young age of 13 years old Samantha was one of the first ever vocalists to receive the prestigious scholarship for Classical Voice at the Sunriver Music Festival. Shortly after this, at the age of 16 years old, Samantha was recognized for her performance at the Berklee College of Music Summer Program by the faculty, and was presented the award for Outstanding Popular Voice. Since moving to Los Angeles in 2017, Samantha has been studying voice under the instruction of Hollywood Vocal Studios’ Adreana Gonzalez, a seasoned professional best known for her work with major labels such as Island Records, Capitol Records, BMG, and many more as well as with international vocal genius Seth Riggs.

Samantha graduated from the prestigious University of Southern California in 2021 after studying Narrative Studies, Songwriting and Musical Theater. While at USC, Samantha was cast in a myriad of both independent and mainstage musicals through USC’s School of Dramatic Arts, eventually winning a StageSceneLA Award for her performance in the renowned pop/rock musical, Spring Awakening. During her years at USC, Samantha also formed a pop-duo named FUN SUCKR with Zoe D’Andrea, a multi-talented vocalist who is best known for being a member of James Charles’s sensational a cappella group, Flashback, and for her work as Barkapella on Netflix’s Go, Dog, Go.

Through her work with FUN SUCKR, Samantha became introduced to the world of session songwriting. She is now a well-versed and accomplished songwriter, who constantly collaborates with songwriters and producers at major publishing companies such as Sony ATV, Warner Chappell, and more. Samantha’s songs have since been pitched to renowned publishing Electric Feel and Hipgnosis Songs Fund, as well as to highly esteemed artists such as Jason Mraz, Bruno Mars, and Shakira.

HVS Conservatory is committed to helping tomorrow’s vocal stars get a head-start in an industry that is still—despite the accessibility of today’s social media landscape—very much a business of “who you know.” The staff at HVSC have spent their careers in the recording and performance industries, and want to share not only their technical knowledge with HVSC students, but also their impressive networks. The HVSC student will have unparalleled access to today’s top working talent.