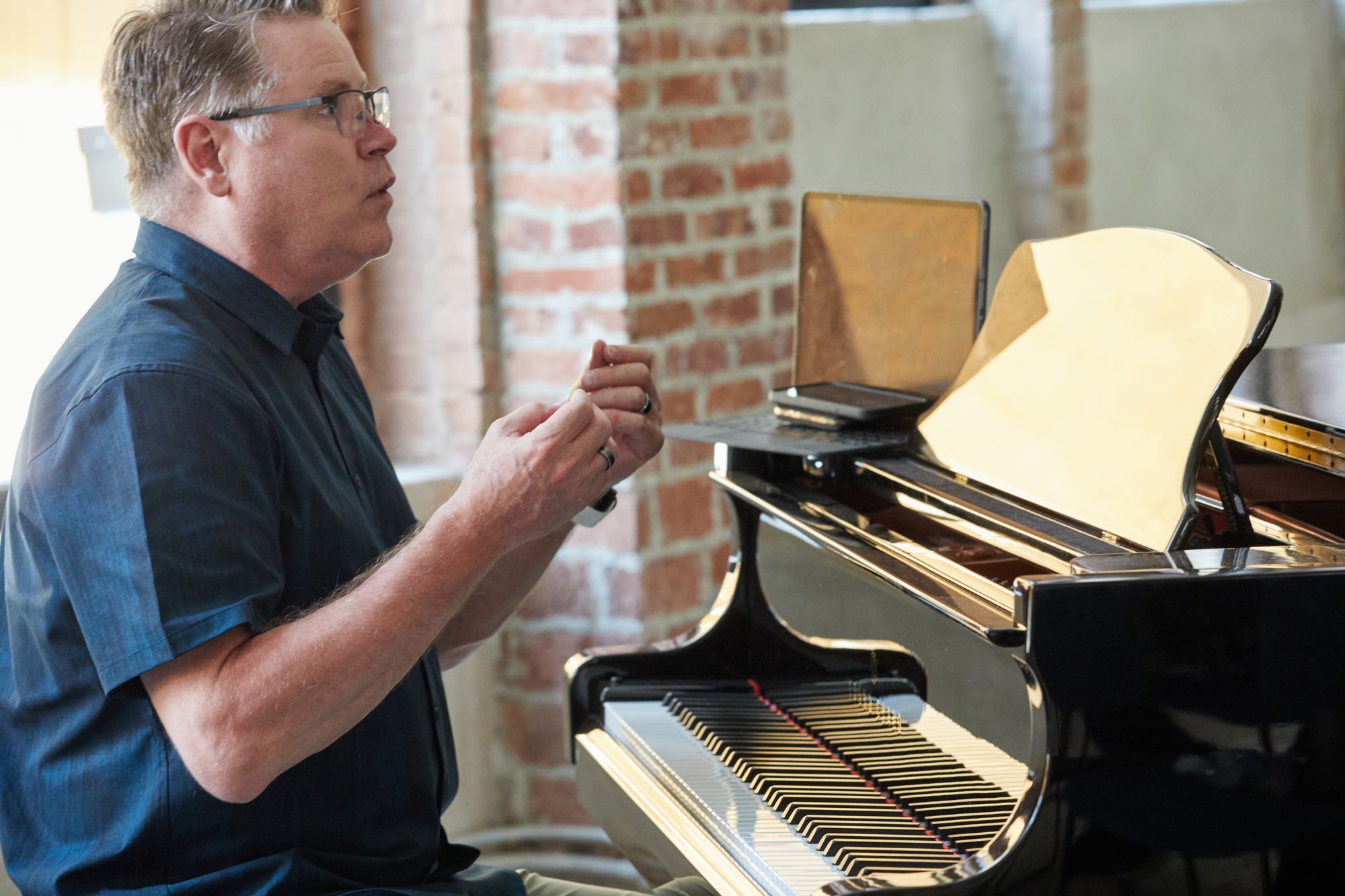 Music has always been a part of Jeffrey Skouson’s life. His father was a talented singer, and his mother insisted that all of her children learn some kind of instrument. Jeffrey’s musical education started with the piano before he discovered singing in his early teens. He regularly performed throughout his adolescence and early adulthood before stumbling onto his true passion in his mid-twenties, teaching. While he loved singing, Jeffrey realized he had an innate ability to help others develop their own voices and found doing so to be immensely fulfilling. Eventually, he joined Seth Riggs’ Speech Level Singing society, where he learned all about the mechanics of the voice, how to identify problems within it, and then ultimately how to fix those problems. He found that no matter what style a singer wanted to sing the same principles applied. There’s no magic button, but Jeffrey’s intuition and training regimen were about as close as a singer could get. He became one of SLS’s top coaches, and quickly rose through the ranks of the company and eventually became CEO.

In 2013, Jeffrey left his position at the SLS society to form the Institute for Vocal Advancement (IVA). While Riggs’ organization had been dedicated to teaching singers, IVA was dedicated to teaching fellow teachers. Jeffrey wanted to share his knowledge with others and help change the lives of countless singers the world over. He has spent the past decade doing just that. IVA now boasts hundreds of teachers within its network, and is regarded as one of the preeminent authorities on the voice and vocal education in the world. Jeffrey never abandoned his love for working one on one with individual singers, and making a difference in their lives. Now he brings that passion as well as his expertise to HVS Conservatory, where he will serve as Director of Voice. At HVSC, he hopes to help create a curriculum and environment for artists that will be simultaneously nurturing, demanding, expectant, and rewarding.

HVS Conservatory is committed to helping tomorrow’s vocal stars get a head-start in an industry that is still—despite the accessibility of today’s social media landscape—very much a business of “who you know.” The staff at HVSC have spent their careers in the recording and performance industries, and want to share not only their technical knowledge with HVSC artists, but also their impressive networks.

The HVSC artist will have unparalleled access to today’s top working talent.