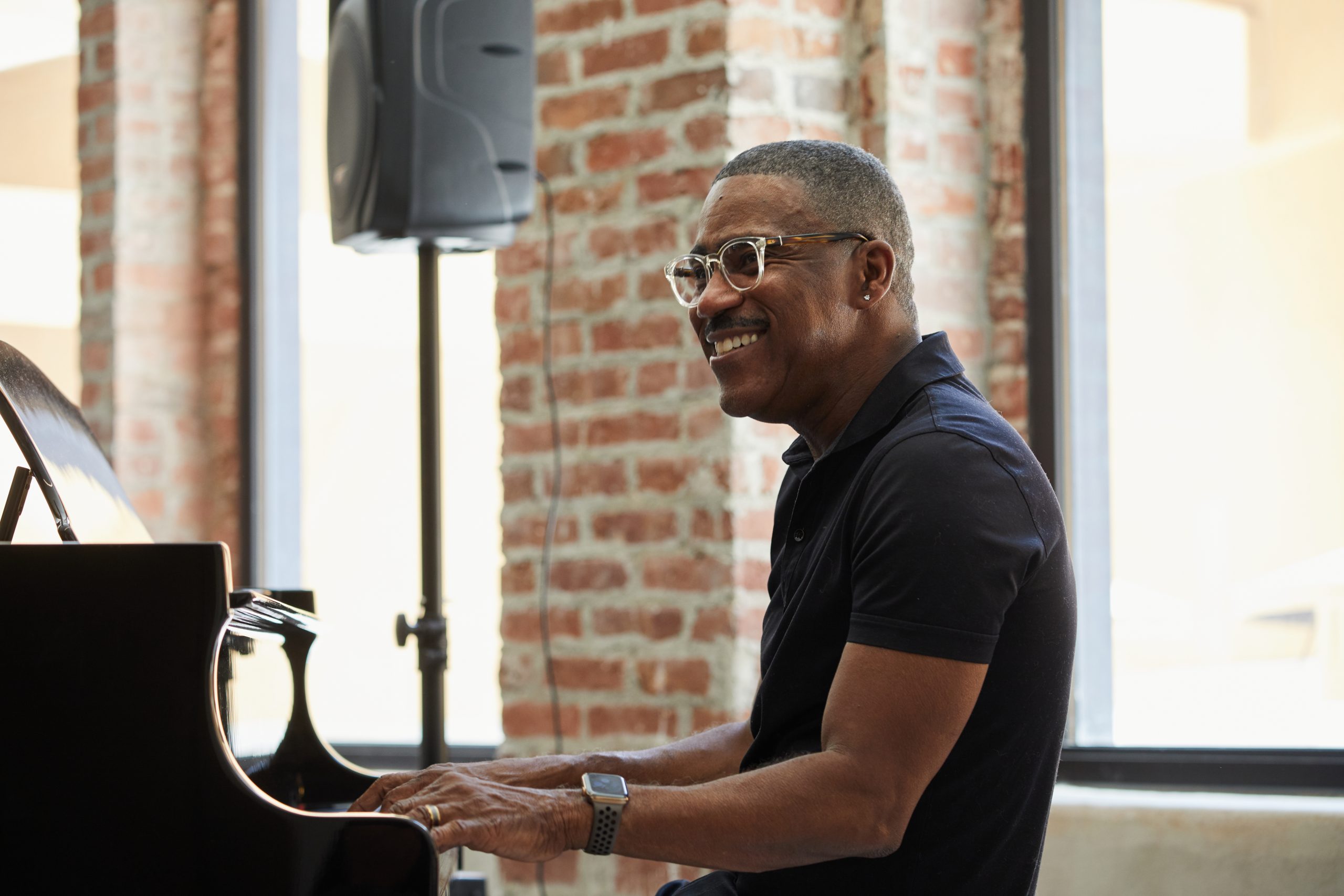 Ron Harris is singer, performer, songwriter, A&R executive, star maker, and a dreamer. Harris grew up on the South Side of Chicago, in a community grounded in music. His mother was the organist at their local church. Some of his earliest childhood memories are of listening to records with his mother and imagining he was a member of the Temptations. Harris got his start in the music business as a drummer of a Chicago rock band. A chance call into a local record station connected him with Marlon Jackson. While on the call, Ron played Marlon some songs he had written, which led to him producing five songs for the Jackson family. Eventually, Ron found his way into A&R, and spent the formative years of his career helping develop artists like Fergie, Christina Aguilera, and most recently, the Grammy winning producer Trevorious (Lizzo’s “Cuz I Love You”).

Ron’s primary passion is helping to develop young talent. He remembers what he was like as a young musician, and wants to help open the same doors for others. He believes that anything is possible if you dream big enough and are willing to work tenaciously to achieve it! So much of success in the music business is mental, and Ron specializes in helping the artist to put themselves in the mental state to succeed. Ron’s ultimate goal is to get every HVSC artist to a point where they can walk into any room with any executive present, and leave them wanting more.

HVS Conservatory is committed to helping tomorrow’s vocal stars get a head-start in an industry that is still—despite the accessibility of today’s social media landscape—very much a business of “who you know.” The staff at HVSC have spent their careers in the recording and performance industries, and want to share not only their technical knowledge with HVSC artists, but also their impressive networks.

The HVSC artist will have unparalleled access to today’s top working talent.